Last month I had the pleasure of visiting British colour experts, Farrow & Ball at their headquarters in Dorset. I along with other British and international bloggers was invited by Amara to join them for a day of splendid inspiration. We were given an in-depth talk about Farrow & Ball’s new wallpaper collection which was held at Deans Court. The 2016 collection is inspired by the 1940s post-war period, embracing a paradoxical feel. The contemporary interpretations of the 1940s prints features three exceptional designs.


Arcade is a wonderfully glamorous take on the art deco movement, portraying a soft, romantic take on the classic curved motif. The beautifully tactile scallop design gently dances across the length of the paper, creating an inherently sophisticated feel. The Gable is quite unique and playful, featuring a rural scene of ploughed fields and farmyard animals. It perfectly captures the innocence of simpler times. Gable definitely captivates the imagination. In contrast to the other two designs, Enigma, named after the encoding machine deciphered by Alan Turing, is a beguiling and bold example of geometric design. The design encompasses a series of interlocking rectangles, which invigorates and enthrals. The new collection is made in the same way as all Farrow and Ball artisanal wallpapers, the new designs are traditionally block printed using real paint and I actually had the experience of seeing the wallpaper being made at the headquarters in Dorset! Each design is also available in seven colour ways ranging from delicate neutrals and muted pastels, to bolder tones with metallic accents. 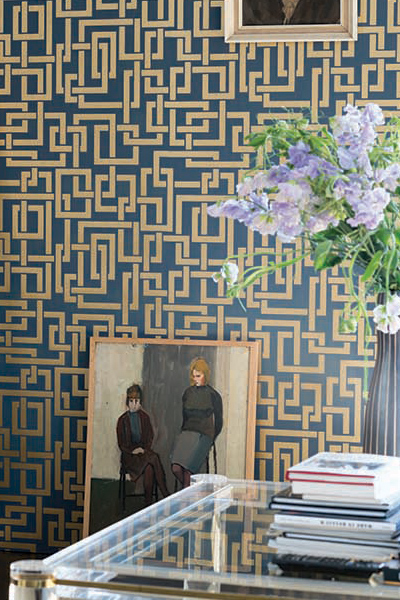 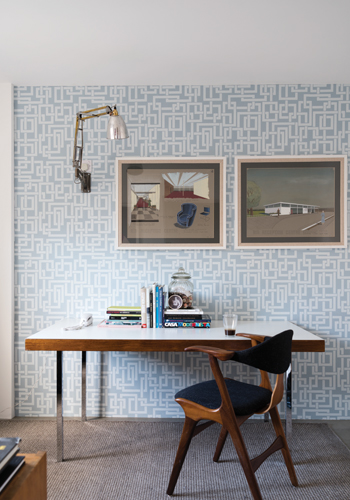 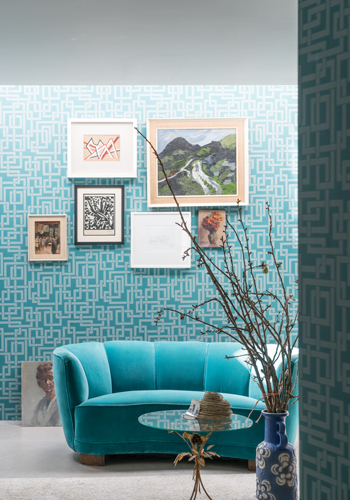 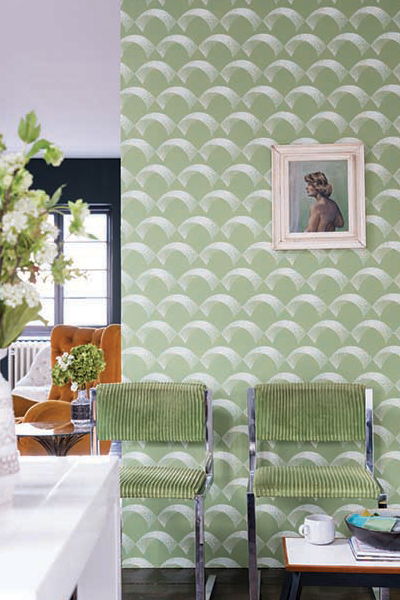 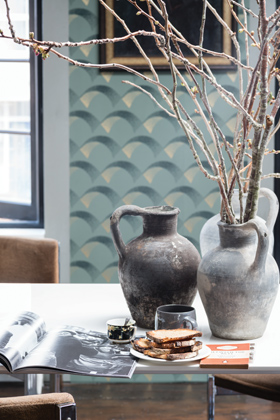 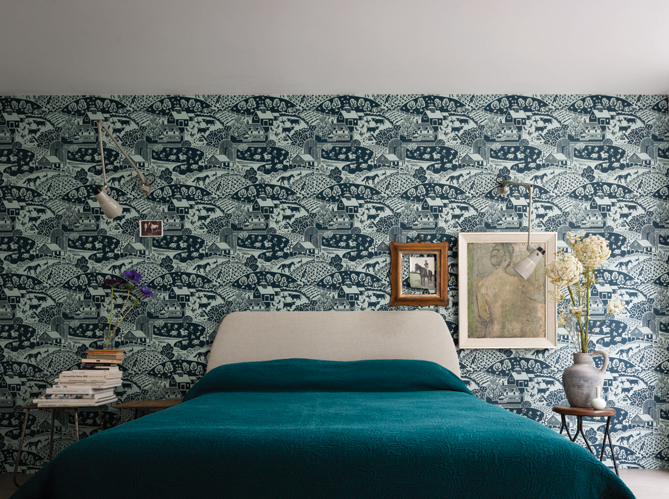 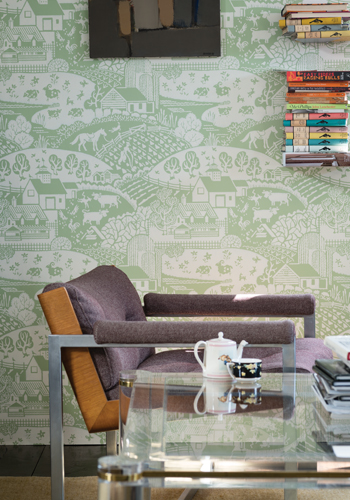 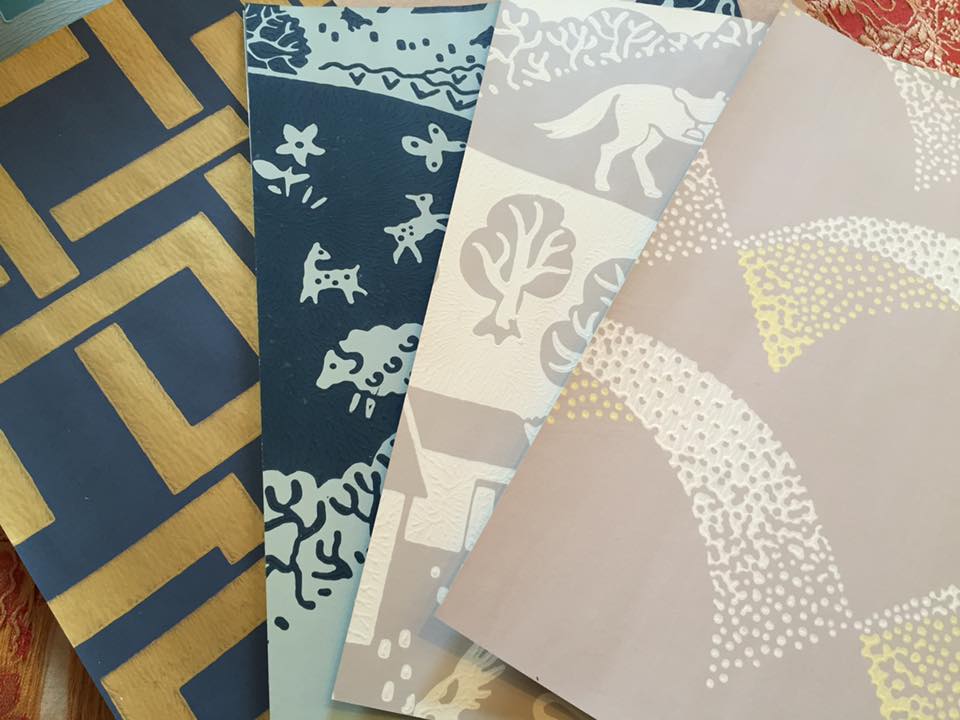